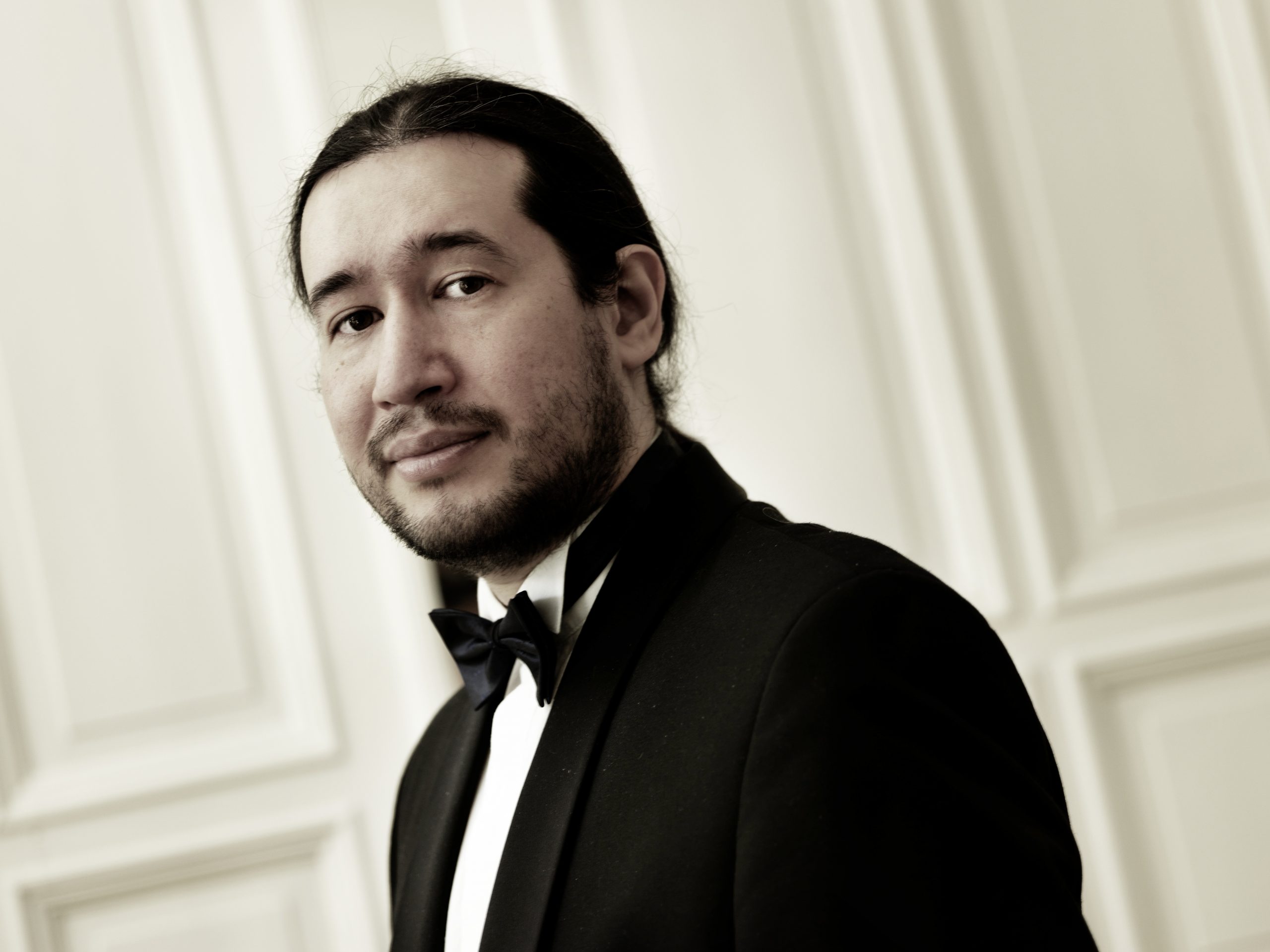 Tebenikhin began his piano studies at the age of six with his father Vladimir Tebenikhin, himself a student of Lev Oborin. He continued his education at the Baiseitova Music College in Almaty with Janiya Aubakirova and Mikhail Balabitchev. From 1996 to 2003, he studied with Mikhail Voskressensky at the Moscow Conservatory. From 2004 to 2012, he studied at the Hanover Conservatory with Karl-Heinz Kämmerling. He won the Vianna da Motta Competition in Portugal in 1999.

Tebenikhin has performed in Europe, Asia, Latin America, and the U.S.[4] He has appeared at festivals in France, Germany, Belgium, and Russia. Tebenikhin has made radio and CD recordings (on the Naxos, Classical Records, Genuin, Cypres Label, K&K Verlagsanstalt labels, among others).