Annoucement of the Nomination Jury 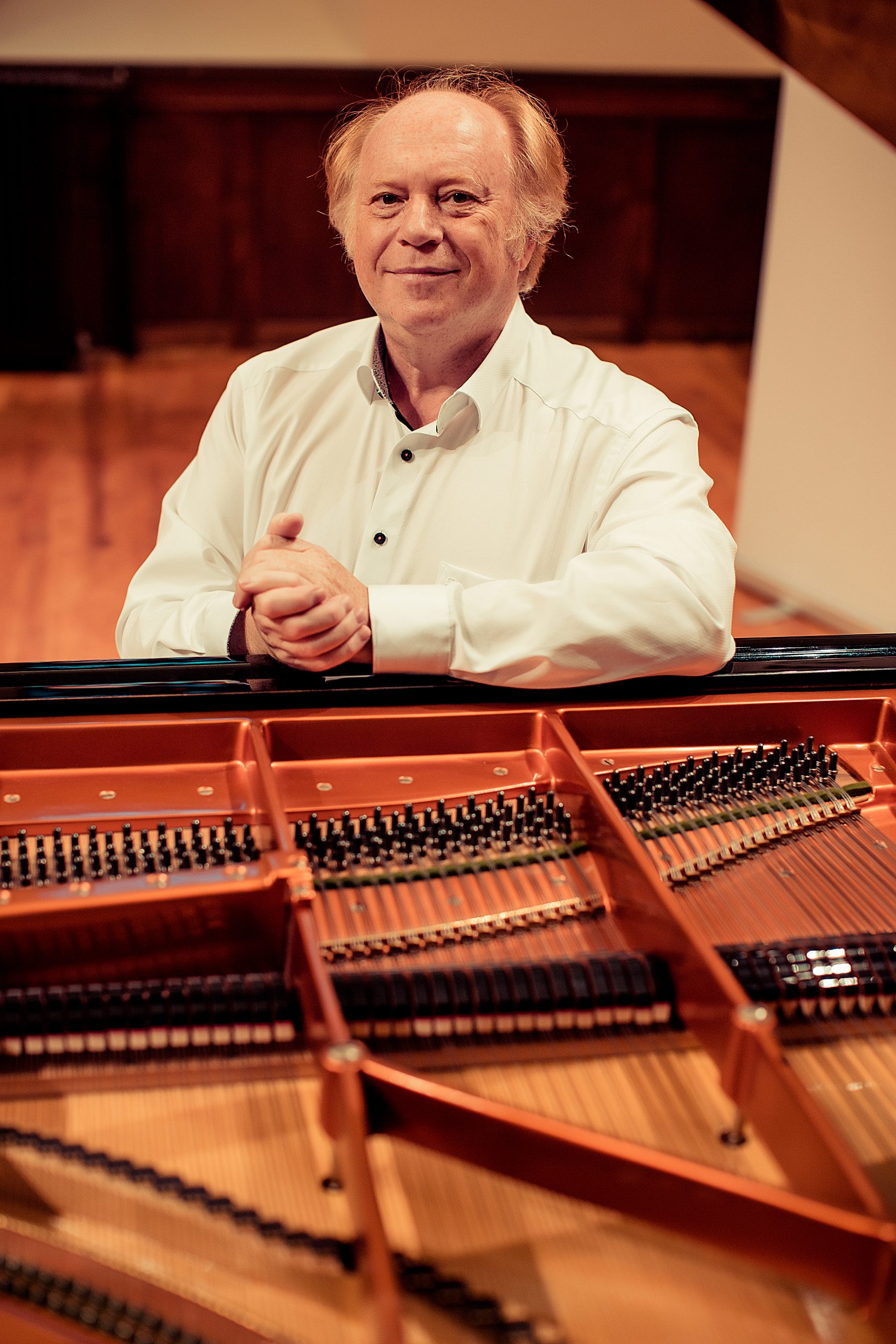 “Russian pianist Ilya Scheps studied at the famous Tchaikovsky Conservatory in Moscow, where he later taught himself. From 1982, he performed as a soloist with the Moscow Philharmonic Orchestra for ten years, appearing both as a soloist and with many prominent singers and instrumentalists. Numerous guest performances have taken Ilya Scheps to the USA, Australia, China, Israel, Italy, Malta, New Zealand, Spain, Turkey, Hungary and other countries. Ilja Scheps has lived in Germany since 1992. He taught for many years at the conservatories in Rostock and Dortmund and at the music academy in Darmstadt. Since 2003 he has been a professor at the Academy of Music in Cologne/Aachen, conducts numerous international master classes for pianists and was co-founder and long-time artistic director of the Paderewski Piano Academy in Bydgoszcz (Poland). Ilja Scheps has also been appointed visiting professor at several universities in China. In addition to his professorship in Cologne, Prof. Scheps has been teaching at the Talent Music Academy in Brescia (Italy) since 2017. Students of Prof. Scheps have won prizes at numerous piano competitions, have been signed under exclusive contracts with the record companies such as "Sony" - Classic and "Universal" Records. Prof. Ilja Scheps is a sought-after yuri member at important international piano competitions such as "Top of the world" and "Grieg" Piano Competition in Norway, Shenzhen Piano Concerto Competition as well as China Int. Piano Competition in Xiamen (China), Chopin Piano Competition in Darmstadt (Germany), Piano Competitions in Madrid and Campillos in Spain, Concours International de Piano "Orchestra'Sion" Istanbul (Turkey) as well as at the International Piano Competition MozArte in Aachen (Germany). Solo recitals with Ilja Scheps as well as concerts with orchestras, prominent singers and instrumentalists are enthusiastically acclaimed by audiences all over the world. In addition to his earlier recordings with the companies "Melodia", "MCA" (USA) and "Le Chant du Monde" (France), Ilja Scheps has released new CDs with the companies "Deutsche Welle - classic", "Coriolan" (Teldec), "EMC-Records" and "CPO". completed. 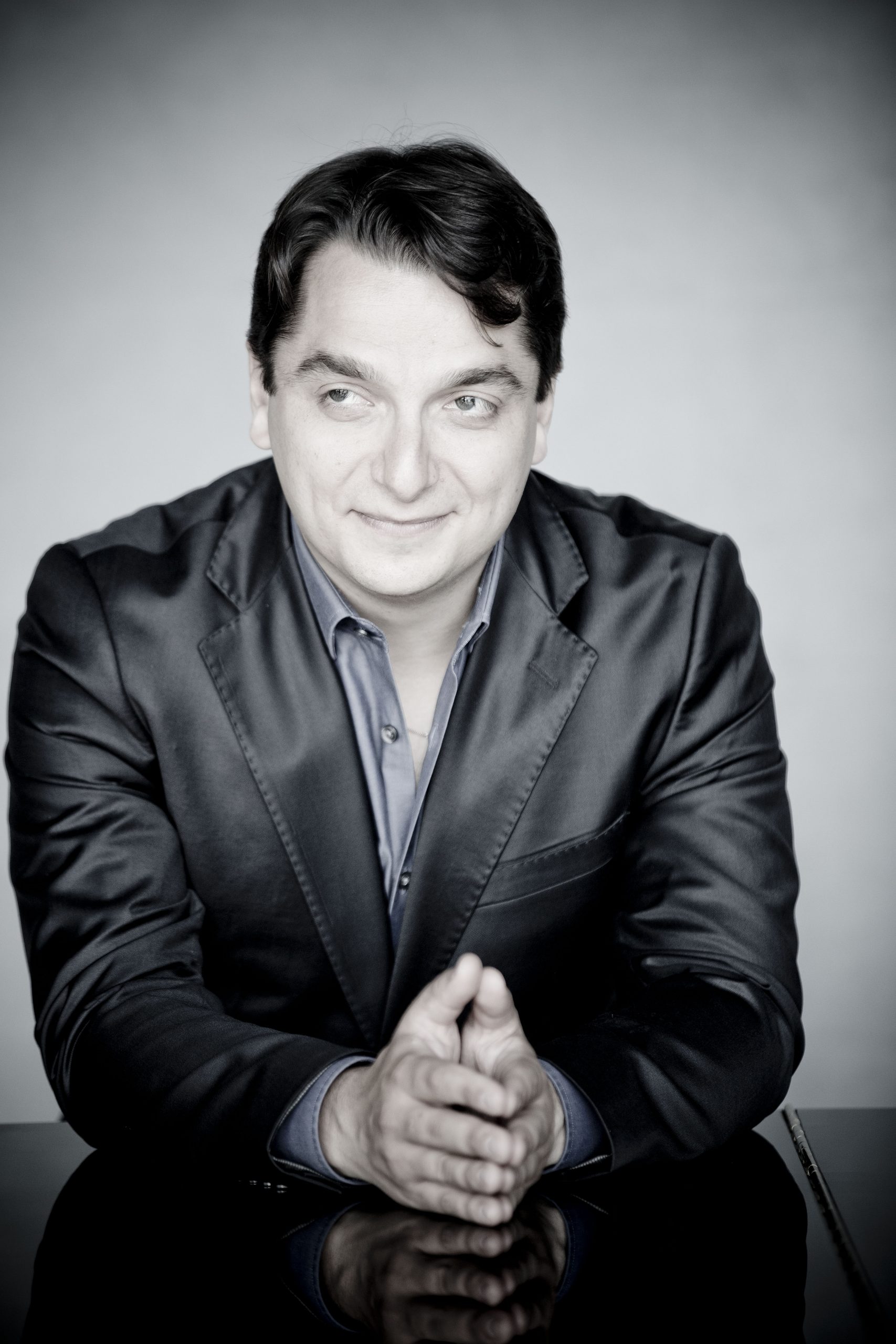 “Igor Tchetuev was born in Sevastopol in 1980. He studied there first in the class of Natalia Pereferkovitsch and from 1992 in the class of Tatiana Kim. At the age of 14, he won the Grand Prize of the Vladimir Krainev International Competition for Young Pianists in Kharkov. In 1997 he began studying with Prof. Vladimir Krainev at the University of Music, Drama and Media Hanover (HMTMH). In 1998, at the age of eighteen, he was the first prize winner at the ninth International Arthur Rubinstein Competition in Tel Aviv, where he was also awarded the "Audience Prize". In recent years, Igor Tchetuev has been a guest of the Orchestre National de France at the Theatre des Champs Elysees (under Neeme Jarvi), the Marrinsky Symphony Orchestra St.Petersburg ( under Valery Gergiev) in St. Petersburg , the Philharmonie Luxembourg (Günter Herbig), the Orchestre National de Montpellier (Yaron Traub), the Moscow Virtuosi (with Vladimir Spivakov and Maxim Vengerov), the Moscow Symphony Orchestra (Pavel Kogan), the Orchestra Symphonique de Saint Etienne (Vladimir Vakoulsky), the Philharmonic Orchestra of the Ukraine on tour in Switzerland and the Euro-Asian Philharmonic Orchestra in Korea. He regularly gives piano recitals in France and in Europe, including for the fourth time at London's Wigmore Hall. Igor Tchetuev has made concert tours to more than 40 countries worldwide. His CD recordings have received many awards. For the label with the violinist Andrei Bielov all of Prokofiev's sonatas for violin and piano sonatas by Prokofiev for the Naxos label. The Japanese label Tri-M Classic has released his recordings of "Romantic Etudes" with works by Schumann, Chopin, Liszt and Scriabin. On the Orfeo label in Germany, the three Chopin piano sonatas were released, which were particularly praised by the critics (le Monde de la Musique, Classica). Caro Mitis, Russia, has published his recording of all piano sonatas by piano sonatas by Alfred Schnittke, which was awarded the "Preis der German Record Critics' Award", in France with the "R10 of the magazine Classica Repertoire" magazine and with a great article in "Gramophone" magazine. These are the first three CDs of his recording of all 32 of Ludwig van Beethoven's sonatas with Caros Mitis in Russia, which also received excellent reviews from the press. From the summer semester of 2008, Igor Tchetuev was a visiting lecturer in piano at the Hannover University of Music, Drama and Media and also worked as an assistant in the class of Prof. Krainev. In the period from April 2012 to October 2017, Igor Tchetuev taught as a substitute professor at the Hochschule für Musik und Theater und Media Hanover. Between 2018 and 2021 he worked as a lecturer at the International Rubinstein Academy Düsseldorf. Igor Tchetuev regularly gives masterclasses and has been a jury member at various piano competitions among others he is jury member of the International Vladimir Krainev Competition in Moscow (Russia). From 01.09.2021 Igor Tchetuev teaches as professor for piano at the at the University of Music in Lausanne (Switzerland).

Annoucement of the Nomination and Lureate Jury - Coming Soon

Any cookies that may not be particularly necessary for the website to function and is used specifically to collect user personal data via analytics, ads, other embedded contents are termed as non-necessary cookies. It is mandatory to procure user consent prior to running these cookies on your website.