Prof. Namirovsky is a winner of several international competitions including the prestigious German Piano Award in Frankfurt and Chopin Koscuiszco Foundation Competition in New York. Further prizes include the Promusicis award in Paris, the Gran Prix at the Cantu competition in Italy and first prize at the Louisiana International Piano Competition among others. His vivid and sensitive performances are appreciated by critics and audiences alike.

Following a performance of the Chopin Concerto No. 1 with the Springfield Orchestra in Massachusetts, Mark Baszak wrote in the Union – News: “Misha Namirovsky astounded the audience with his flawless technique and mesmerizing yet non – theatrical performance.” After a recent recital in Paris, the French pianist and musicologist Eric Heidsieck described Namirovsky’s playing as follows: “His Debussy was full of colors and clarity, and the Rachmaninoff’s Etudes-Tableaux showed extreme virtuosity and controlled passion.”

Namirovsky has performed as soloist in some of the world’s most renowned concert halls including Carnegie Hall in New York, Jordan Hall in Boston, Salle Cortot in Paris, Great Conservatory Hall in Moscow, the Alte Oper in Frankfurt, the Shanghai Symphony Hall in Shanghai, and the Minato Mirai Hall in Yokohama. He collaborated, among others, with the Cincinnati Symphony Orchestra, The Conservatory Orchestra of Havana Cuba, Sendai Philharmonic Orchestra in Japan, Novaya Rossiya Symphony, Nizhnii Novgorod Philharmonic and the Capella Symphony Orchestra in Russia, the Niederbayernphilharmonie in Germany, and New Britain and Atlantic Symphony Orchestras in Boston. Upcoming performances include recitals in Nanjing, Suzhou and Beijing in China, a solo debut concerts at the prestigious Miami piano festival in the USA and the Steinway series in Germany, as well as recitals in Brussels and Santander.

A passionate chamber musician, Namirovsky participated in the celebrated Marlboro Festival in Vermont, and the Eastern Music Festival in North Carolina. Namirovsky’s piano trio with violinist Tessa Lark and cellist Deborah Pae won the silver prize at the preeminent Fischoff Chamber Music Competition in Indiana and is scheduled to perform at the Perlman Music Series and Chamber Music Live concerts in New York as well as for the Music for Food Foundation in Boston. This season Namirovsky will be recording together with the cellist Deborah Pae for the Outhere Label, and for Musiq3 Radio in Belgium.

With the cellist Alexander Suleiman, Misha will be on tour of Asia with a very special series of performances and workshops titled Music, Magic and Maths. Other collaborations include prominent musicians Peter Wiley, Arnold Steinhardt, Michael Tree, Sarah Beaty, Amir Eldan, and Hye-Jin Kim. A devoted teacher, Misha Namirovsky has received a deep and versatile musical training steeped in the illustrious Russian tradition of piano playing. Prof. Hung-Kuan Chen (professor in the Julliard school and former piano chair at the Shanghai Conservatory) called Mr. Namirovsky “a serious musician and excellent pianist: in addition he is a wonderful teacher with marvelous energy and awareness.”

Namirovsky’s teachers include Sofia Poliak and Eliso Verssaladze (herself a student of Yakov Zak and Heinrich Neuhaus), Solomon Mikowsky and Hung-Kuan Chen. Further important influences include Mitsuko Uchida, Alfred Brendel and Peter Weiley. Namirovsky regularly gives masterclasses in USA (Oberlin College, Northwestern University of Louisiana, Queens College, NY) Spain (Santander Conservatory,) and China. With a special collaboration with Steinway Pianos, Namirovsky will hold special masterclasses throughout China in the 2015-16 season. Namirovsky’s students have been accepted to Universities in the USA and participated in summer festivals in Europe (Gijon Piano Festival).

Namirovsky holds degrees from the Manhattan School of Music and the Yale University and the Munich Musikhochschule. He completed his D.M.A at the New England Conservatory in Boston with a dissertation concentrating on the piano works of the British composer Frank Bridge. Namirovsky will present several lectures on the composer in the upcoming season. 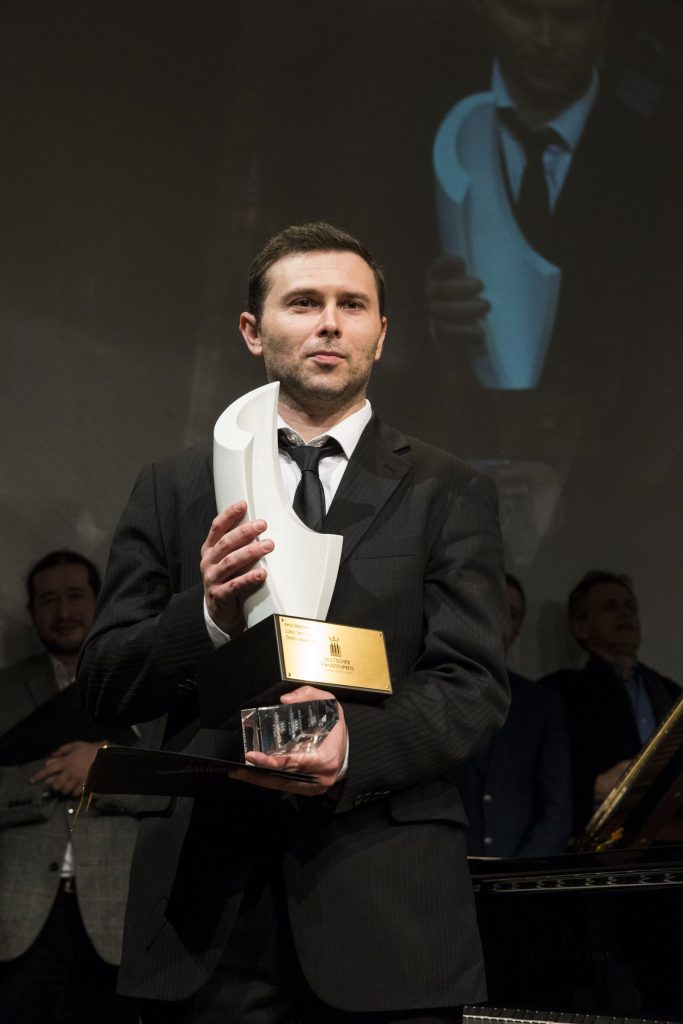 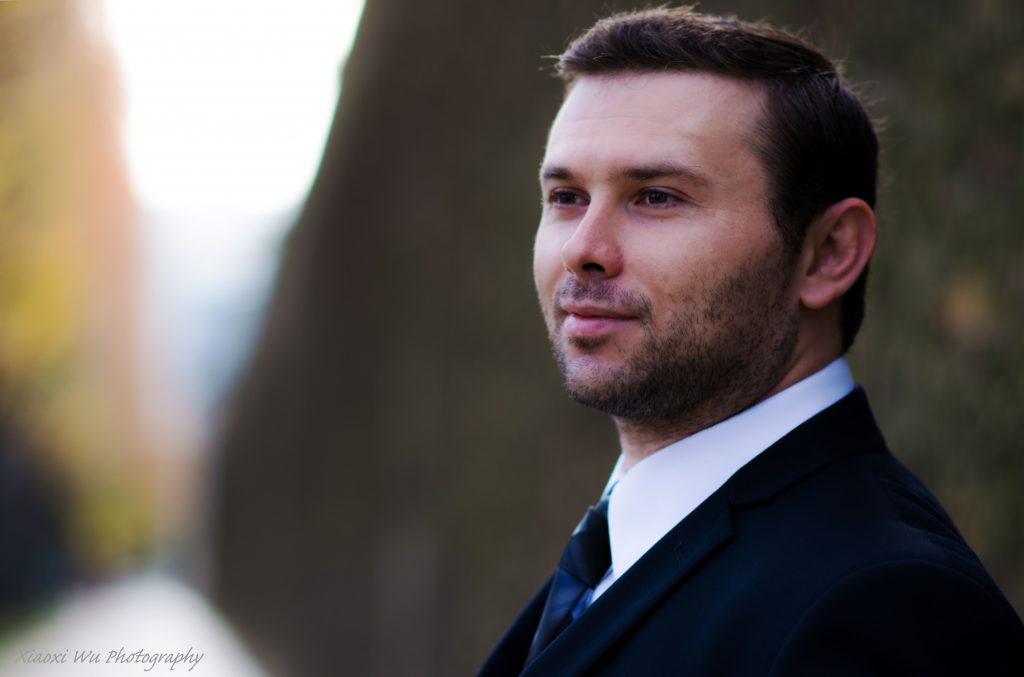 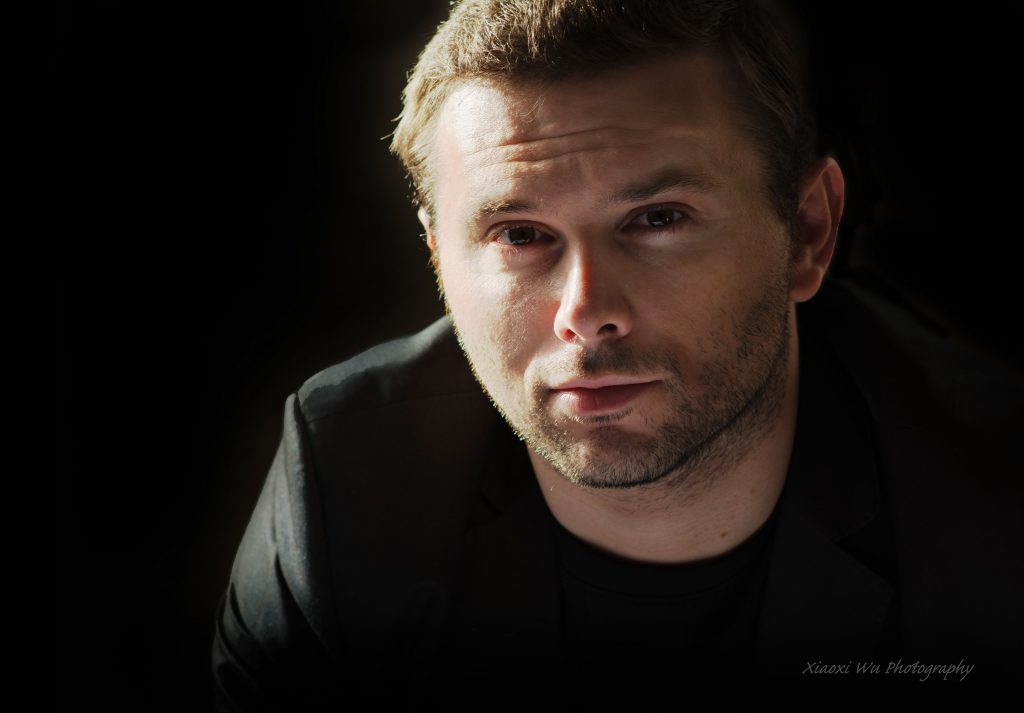